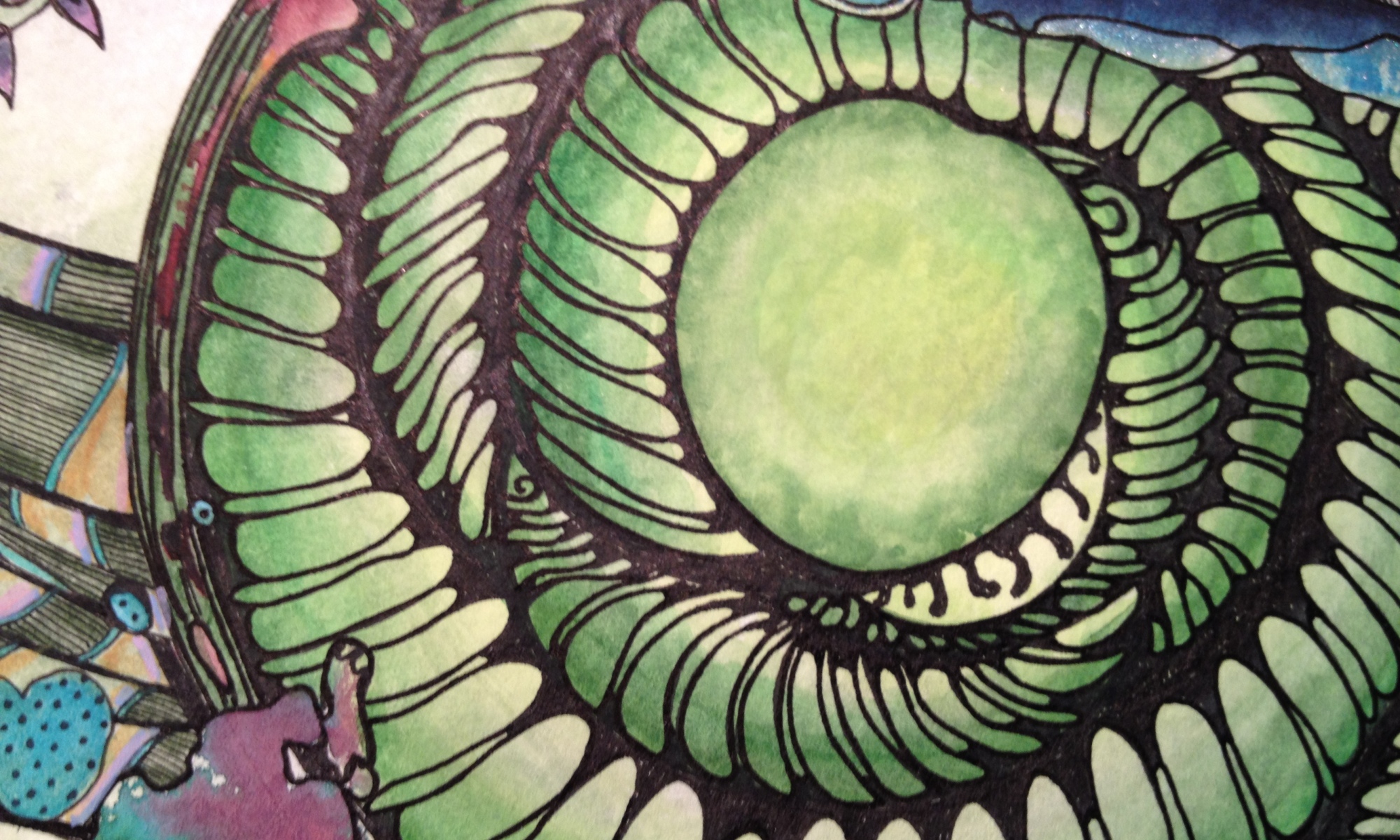 Recently, this question appeared on my social media wall “alison, i’d love to know the artists who resonate the most with you…your work really is so incredible. influences? i know you said you’re self taught but i keep thinking i see threads of various artists in your work and i’m wondering if i’m correct.”

Today, I am still not sure about which artists influenced me. I was so busy working at full time jobs and my spare moments were spent making art that only occasionally would I see art made by other people and it wasn’t my focus. It never occurred to me to study other peoples work. I have my own ideas–why would I need to look at someone else’s ideas? I wanted to explore and figure out why this color works here or there, how this shape bumped up against that shape creates a certain feeling. I was not dealt the career card as a patron of the arts. The career card I was dealt was to be a Creator. Anything else doesn’t satisfy me. Its all I can do to wait until every event is over so I can get back to paint, sketch, plan, draw, sew and tinker with artwork. Being a Creator is the most important task on earth. I can imagine what you’re thinking, artists don’t save lives or rescue people, which are of course very important tasks. But I see it differently. Whatever objects have lasted for centuries that human hands created are collected and cared for. Museums and private collections are filled with items that human beings made and left behind. Some are practical and some are fancies of imagination. But no matter, they are valued. What I make is what civilization craves. The visually delicious colors of my palette, the feel of the surface I paint on, the softness of the cloth are a few things that drive me to create. Perhaps I am self absorbed, but I am here to create!!

The concept of art came to me as though it was just a part of me–but writing and reading were much the same. The earliest memories I have are of sunlight coming through leaves and creating sparkling color. After that, I began making marks and using colored crayons and pencils but most importantly the way it made me feel–as though I could create anything and the simple joy of holding onto an object that made lines or scribbled and filled in areas held so much pleasure. I grew up in rural Bucks County, in an old house with a big lawn, garden and woods. I rambled along in our old house and drew and colored everything in my path—until my mother explained that the walls were not to be drawn upon. That left me with one choice, hide the work behind the sash of the doorways. That was not what the adults expected. I burned my fingers and the bridge of my nose trying to get sticks to burn in the fire so as to draw black marks on old stones. The scar is still evident on the bridge of my nose. Our family books were fair game as I drew and colored in the borders of pages with colored pencils. Compulsive Artist comes to mind as an adult, but as a child I just pressed forward until paper, felt markers, crayons and brushes came regularly into my hands. Then at age 4, I entered school, very unwillingly, and saw a portrait of George Washington which I promptly copied. It looks like it was completed by a teenage student rather than a kindergarten age girl.

Where does my talent and drive come from? Agnes, my grandmother wove braided rugs and was renowned for her use of color and balance. Often I am compared to her, we share our countenance and acumen, and especially the same eye for color and natural sense of balance. My grandfather, Bryan would take us on explorative walks in the rural area where we lived, played music and talked to us of lofty ideals and philosophy. When I drew a portrait and painted the face green, my mother defended my choice to any naysayer and that was that. Riding my horse throughout the Bucks Country countryside is where many of my images come from today. I spent a multitude of hours inspecting ice formations, leaves, rocks, bark, mushrooms, field grasses, insects and more. Everything was fascinating to my eyes–I still fall in love with the earth and its plant and insect life every time I get to inspect the beauty of it all.

In high school I was tested and scored into the .01 percentile for spatial relations. The counselor suggested that I could play chess and be good at logic and math. Which is true. After high school, I worked in a greenhouse and attended local life drawing sessions at an old church down the street. These were wonderful sessions with live models, we paid a few dollars and could sit and draw and paint for 3 or 4 hours. My favorite technique was to use big loose watercolor washes to describe the figures before me. Visiting the art store and library were my main sources of information. Once being too broke to get supplies, in desperation I took some india ink from an art store without paying for it. That thievery has haunted my memory for most of my adult life.

Around the age of 20 I visited the Smithsonian and saw Japanese woodcuts and was curious enough to look up information at the library. I went to a lumberyard and bought a plank which I had them cut into 12″ sections and proceeded to cut with lino cut tools. The blocks were then printed with a bamboo baren and pulled by hand. My first woodcut is called “For Timothy” and was a gift to my dying cousin. Moving to Charlotte led me to find an artists co-operative that had a printing room with presses and every supply available to use, plus books on how to make etchings and lithographs. I spent several years there teaching myself several different printing techniques. The final works in that studio were experimental. When I was cleaning up color inks I printed monotypes from the leftovers. These prints were discovered by a local anchor person and they did a newscast on me. One artist whose work I admired at the time was Georgia O’Keefe because there was a calendar hanging up in the co-op. I took a class in 1989 in ceramics because I was tired of printing chemicals. The ceramic process did not suit my character.

I relocated to New Jersey in the mid-90’s and taught myself oil painting and then watercolor and pen and ink. I hung work in galleries and sold some of the paintings. As usual working a full time job left me only a few hours a week to make art. Not long afterward I got married and moved frequently due to my husbands job. During these years, I became an award winning pie baker, beekeeper, organic flower grower, embroiderer and worked in threads, learned to knit and spent any extra time time painting in watercolor and ink. The mobility of small watercolor pans and pen and ink really worked for my lifestyle. In 2004 we lived in the Lehigh Valley for about 8 months. I took 2 classes at the Baum School fully intending to work toward an art degree. I put a portfolio together and was accepted to Kutztown University. Life took a weird turn and I became very ill and was unable to attend college. We moved away and then a divorce in 2010 brought me back to the Lehigh Valley. At which time, I began to use textiles and quilting as a medium. I taught myself how to sew with a machine, cut fabric and quilt. Painting in watercolor was continued and the watercolors were exhibited as well as the works in fabric. In 2013 when I packed up my Allentown studio, I taught myself to use pastels because they were the only tools not packed away. Right after that, upon moving into the Banana Factory studio, I decided to paint more often. The small size of the new studio determined the next move, the decision had to be made: oils or acrylics. I had never used acrylics in a major way and decided that would be the method due to the ease of cleanup. I still work in many mediums. I still don’t know the names of many artists. Whenever I had the chance to see the paintings of Van Gogh in the Netherlands I did. When I was in St. Petersburg, Fl, I went to the Dali Museum. Whenever I was in an art store I purchased supplies that looked interesting and experimented and taught myself to use them. Before the world wide web and search engines I learned to work with the materials and tools that artists use because that was all I had.

I wanted to respond right away to my friend who asked the question, but life got in my way first. Tonight, I found in my response that my art has little to do with other visual artists.  It is more about my early life, my family and just being alive on earth: a speck in the universe who wants to leave her mark.